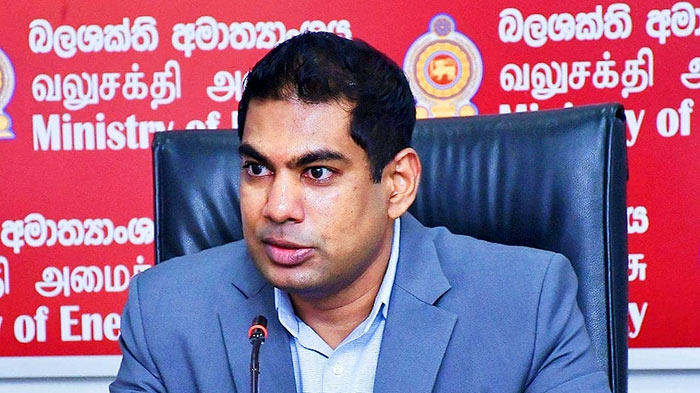 If electricity tariffs are not increased, six to eight hour daily power cuts will have to be imposed from next year, Power and Energy Minister Kanchana Wijesekara said.

Making a special statement in Parliament, the Minister said power tariffs will have to be increased in January, 2023.

The Minister said though the Chairman of the Public Utilities Commission of Sri Lanka (PUCSL) says the move is illegal, the Ministry of Power and Energy has sought approval from the country’s Attorney General.

Minister Kanchana Wijesekera stressed that the electricity tariffs must be amended from January 2023, adding the PUCSL cannot disregard a legal matter.

The Minister said that the Ceylon Electricity Board (CEB) was informed to produce a plan for 2023 for an uninterrupted supply of electricity.

The Minister said that a sum of Rs. 423.5 Billion will not be released by the treasury, and therefore it needs to be collected using taxes, or the tariff system needs to be updated to cover the costs.

Meanwhile, yesterday (December 05), Cabinet Ministers had urged the Minister of Power and Energy, Kanchana Wijesekera not to increase electricity tariffs as proposed and instead to initiate an alternative programme to minimize losses of the Ceylon Electricity Board.

During yesterday’s (December 05) weekly Cabinet meeting, the request was made when Minister Kanchana Wijesekera tabled facts in favour of revising electricity tariffs once again.

Subsequently, the matter was deliberated extensively during the meeting.

Accordingly, several Ministers have requested not to increase tariffs in January as proposed.

In response to the requests, Minister Kanchana Wijesekera has said without a tariff increase, existing issues cannot be resolved.