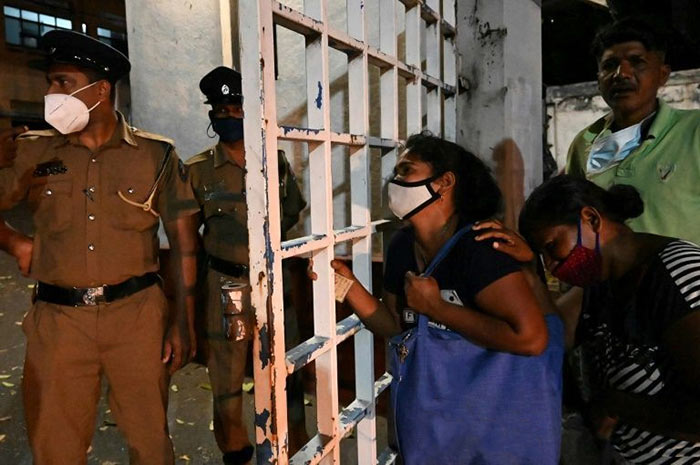 The death toll in the Mahara Prison unrest on 29 November evening and 30 November rose to 11, when three more inmates admitted to the Ragama Teaching Hospital succumbed to injuries yesterday (01).

Meanwhile, Director of the Hospital Dr. Shelton Perera said they had to stop conducting PCR tests on 60 inmates temporarily, as they had started to behave in an aggressive manner.

“We had to take this decision as there were suspicions that some inmates were under the influence of drugs. A total of 114 inmates had been admitted to hospital for injuries sustained,” he said.

When PCR tests were carried out on 50 inmates, 38 tested positive for COVID-19.

Elsewhere, addressing a Media briefing, Police Spokesman, DIG Ajith Rohana said it was revealed that 21,000 tablets to treat psychosocial disorders were stocked at the Mahara Prison infirmary. He said an investigation would be carried out to determine as to why such a large number of tablets were stocked in the infirmary. “It is said that these tablets could be used as alternatives for drugs such as heroin. The medical staff at the Prison will be investigated as well,” he said.

Furthermore, DIG Prasad Ranasinghe and CID Director, Nishantha de Soyza visited  the Prison premises yesterday to commence investigations into the unrest. They were given special security by the Prisons Department.

It is also reported that only nine Prison officials were on duty on 29 November when the unrest broke out in the Mahara Prison.

Meanwhile, at present, there are 22,363 vacancies for Prison officers. Since the current number of Prison officials islandwide is inadequate, these officials face a heavy workload and as a result, are stressed out.

Several rounds of interviews were held during the United National Front-led government to fill vacancies, however, due to political influence, those interviews were abruptly halted.

It is learnt that the State Minister of Prison Reforms and Prisoners Rehabilitation Dr. Sudarshani Fernandopulle has presented a Cabinet paper to recruit Prison officials to fill the existing vacancies.