Cricket not the most important thing in life – Virat Kohli 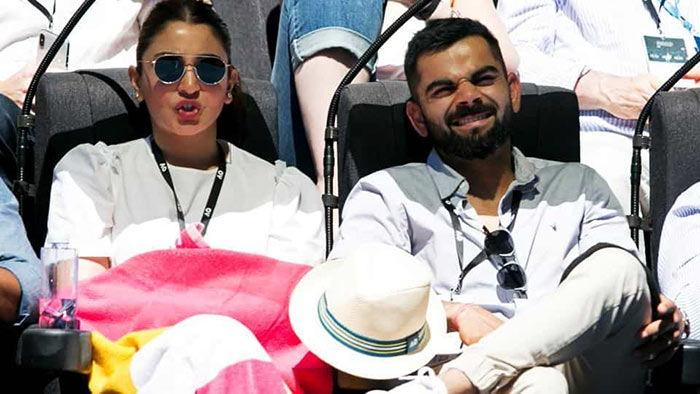 Virat Kohli is well known for his hard work and commitment on the field. With multiple records under his belt, the Indian cricket team skipper has established himself as one of the best batsmen in the world and with age of his side, there are a lot of milestones still to be achieved by Kohli.

He recently overtook Sachin Tendulkar to become the quickest to score 10,000 ODI runs for India and is the only active batsman, who remains in touching distance of overtaking Sachin’s tally of most international centuries (100).

Kohli scored his 39th ODI ton against Australia in the recently-concluded ODI series to take his overall tally to 64. He overtook Sri Lanka legend Kumar Sangakkara to take the third spot on the list of batsmen with most international centuries. He is only behind former Australian captain Ricky Ponting and Sachin on the elite list.

However, Kohli believes that cricket is just a part of his life and his family will always remains his main priority.

“I know people take life too seriously and be like… ‘if you don’t take cricket too seriously, then you’re not committed enough’. I don’t believe in all that. The larger picture always has to be life because whatever happens and may happen, you always come back home.

“So I think the priority will be family, should be family. Cricket will be a very special part of my life, but it’s not the most important thing in life is the way I see it. I am blessed to be able to do it right now, it has to end one day. Eight years down the line, I think I will be totally focused on my family,” he said.

The five-match ODI series between India and New Zealand begins in Napier on January 23, followed by two consecutive matches in Mount Maunganui. Hamilton and Wellington will host to the final two matches of the series.

Home » Cricket not the most important thing in life – Virat Kohli