Sirisena doesn’t think Ranil is qualified to be PM – Mahinda 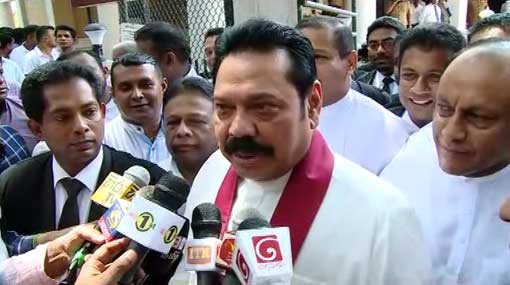 He mentioned this when the case against former Defense Secretary Gotabhaya Rajapaksa on alleged misappropriation of Rs 49 million to build the D.A. Rajapaksa Memorial Museum was taken up at the Special High Court today (10).

The said milk packets had been distributed by a van belonging to the Finance Ministry, he further said.