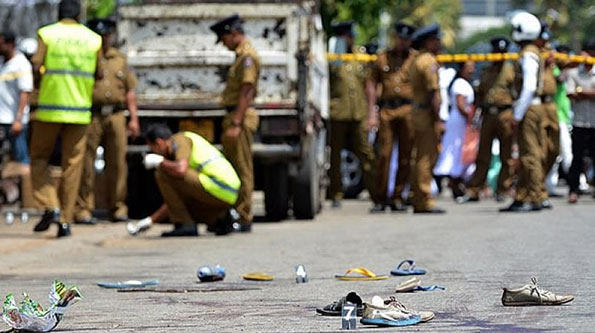 The two students of the Jaffna University were shot dead early morning at a police checkpoint at Kokuvil, Kulappidy junction in Jaffna, nearly 400 kilometres north of Colombo.

Though police initially denied shooting the Tamil students saying they had died in an accident, a post-mortem report, however, found bullets lodged in one of the bodies.

The five arrested policemen were manning the check point. They have been arrested and suspended, police officials said.
Tamil National Alliance has sought an independent investigation into the incident.

The incident comes a day after a UN rights expert asked the Lankan government to return military-occupied land and reduce the role of the army in northern areas, a long-pending demand of the ethnic Tamils since the end of the nearly three-decade-long separatist war led by the LTTE in 2009 in which thousands of civilians were killed.