29,900 metric tons of hoarded sugar to be sold to consumers 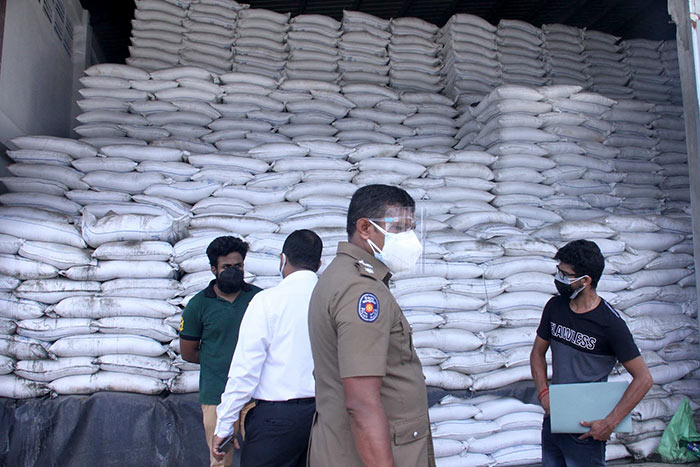 The Commissioner General of Essential Services Major General N.D.S.P. Niwunhella said yesterday that 29,900 metric tons (MT) of hoarded sugar found in warehouses had been confiscated by the Government following the investigations and operations carried out.

“The consignment of sugar is planned to be sold to the public through State and private traders’ outlets at a controlled price,” a statement from the President’s Media Office said.

It said the import duty of Rs. 50 per kilo of sugar was reduced to 25 cents per kilo from 14 October 2020 to provide relief to the consumers. The volume of sugar stored in the country at that time was 88,878 metric tons.

According to the Consumer Affairs Authority, 584,000 metric tons of sugar was imported between 14 October 2020 and 30 June. The monthly demand for sugar in the country is around 35,000 metric tons.

However, data from the Consumer Affairs Authority reveals that sugar imports have exceeded the annual sugar requirement. The data suggested that an attempt had been made in the recent past to create an artificial shortage of sugar in the country and to sell sugar at a very high price, in turn causing great inconveniences to the consumer.

As per the powers vested in terms of the Section 2 of the Public Security Ordinance, President Gotabaya Rajapaksa declared emergency regulations formulated as per Section 5, on Essential Food Supply, with effect from the midnight of 30 August by enforcing directives under the Section 2 of the Ordinance.

Accordingly, the President took measures to appoint a Commissioner General of Essential Services and gave him the authority to coordinate the supply of paddy, rice, sugar and other consumer goods that were essential to maintain the livelihood of the people.

The Commissioner General of Essential Services said raids had been conducted to confiscate the hoarded sugar stocks, in order to safeguard the interests of consumers and then release these stocks to the market under a fixed price.

Home » 29,900 metric tons of hoarded sugar to be sold to consumers