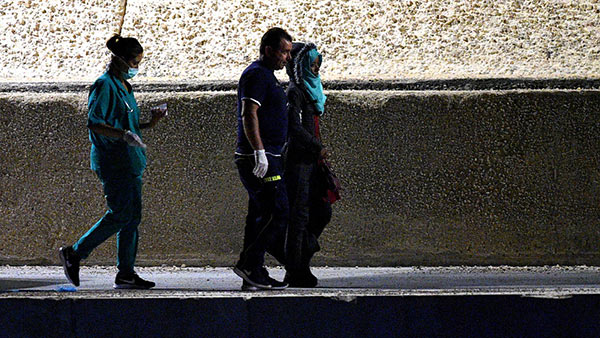 The federal Public Safety Department said Thursday that the migrants recounted a long, complicated trip in a bid to reach the U.S. border.

The migrants reported they set out April 24 from an airport in Qatar and flew to Turkey and Colombia. From there, they moved through Ecuador, Panama and Guatemala before reaching Mexico.

Once in Mexico, the migrants said, they boarded boats and travelled on the Coatzacoalcos River, though it is not clear why. The river does not lead anywhere near the U.S. border.

The migrants were later transferred to a migratory centre in the municipality of Acayucan, where their legal status will be defined.

After their nationalities are recognised, they will be given assistance to return to their countries.

The Mexican government reported on Wednesday that the country has intercepted 19,005 endangered migrants since the 7 June immigration agreement with the US.  Many attempt crossing the border in overcrowded buses and cargo trucks.