Beneficiaries of free education should fulfill duty towards the motherland – President 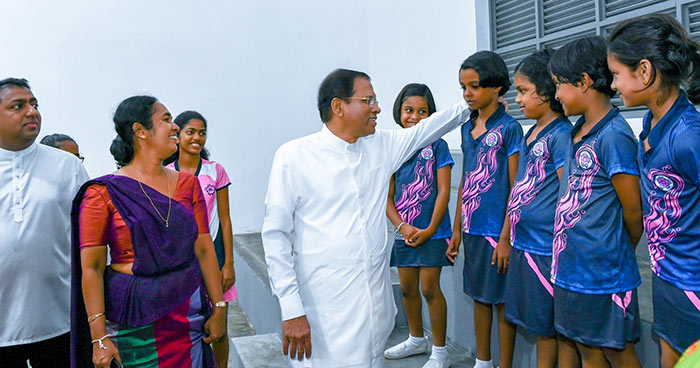 President Maithripala Sirisena says during the past three and a half years, the government has done a lot to strengthen the free education system as the future of the country and the nation depends on educated citizens.

He made these remarks participating in a ceremony to vest the newly built indoor stadium at the Sirimavo Bandaranaike Vidyalaya in Colombo with the students, yesterday (02).

The President was warmly received by the students of the school when he arrived at the venue.

This state-of-the-art indoor stadium was built with the sponsorship of the School Development Fund and Past Pupils’ Association of the Sirimavo Bandaranaike Vidyalaya whose students have excelled in sports.

President Sirisena presented awards and prizes to the students who excelled in school activities.

The President also felicitated two teachers who rendered an outstanding service for more than 23 years.

The Principal of the school Mrs. R.A.M.R. Herath presented a special memento to the President.

Minister of Education Akila Viraj Kariyawasam, and other distinguished guests and retired principals of the school, teachers, past pupils and parents were present in this event. 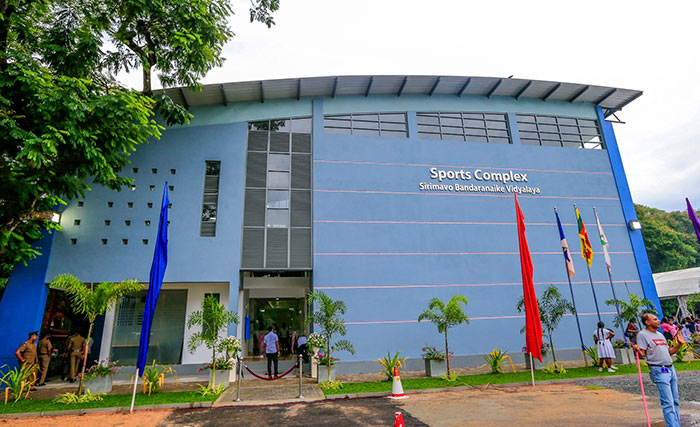