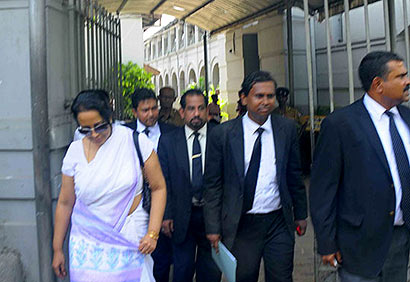 She was ordered to appear before court for allegedly threatening and intimidating witnesses.

Her husband, Vass Gunawardena is an accused in the abduction and murder of Bambalapitiya-based businessman Mohamed Siyam which took place in the Dompe area on May 22.