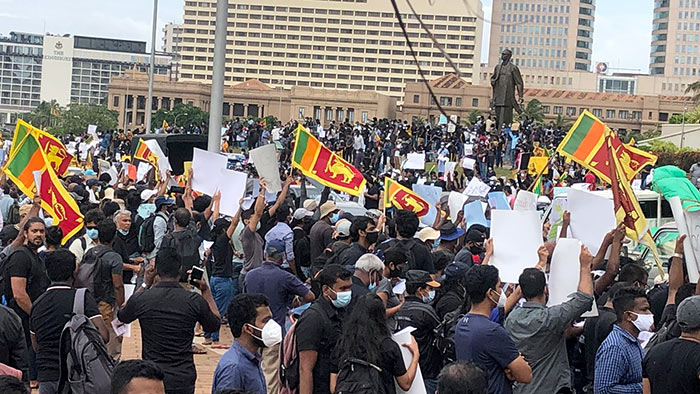 A massive protest is currently underway with the participation of a large number of people at Galle Face, Colombo, demanding the government’s resignation.

Many youth groups are present at the peaceful protest mainly organised via social media and without political interference.

A large number of people including professionals, Sri Lankans who travelled from overseas and youth are participating in the protest, which is hoping to draw massive crowds.

Heavy police and military presence was reported in the area. 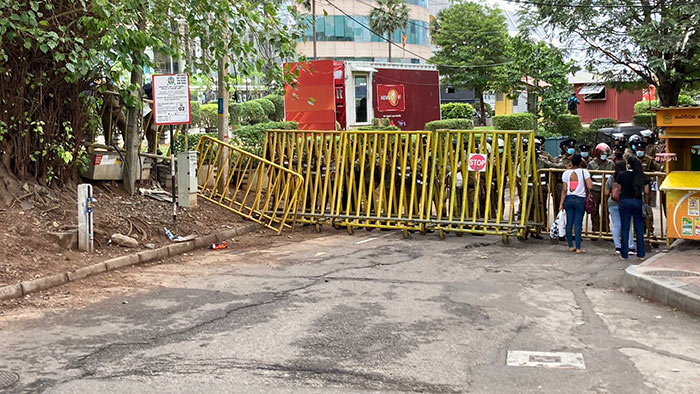 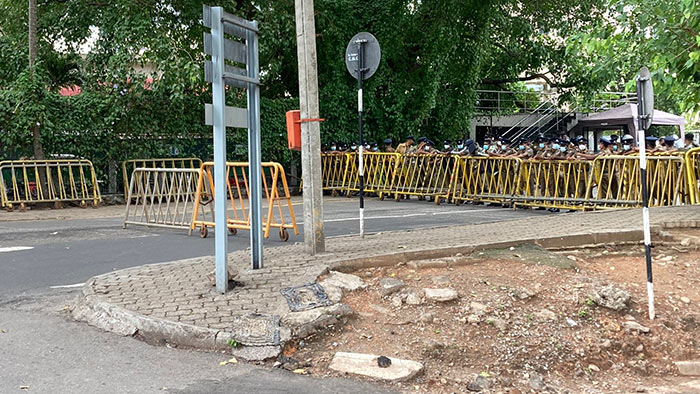 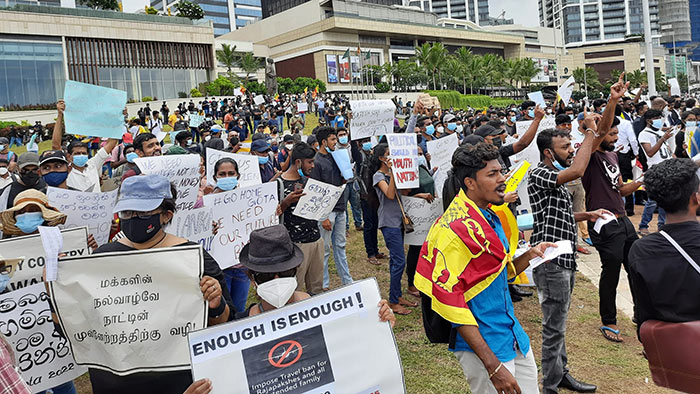