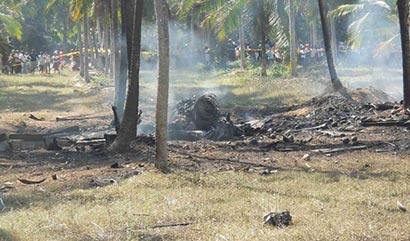 The Russian built jet was on a routine training mission after departing from the Katunayake Air Force Base.

The reason for the crash is yet to be established but it is widely believed that a technical failure in the aging jet had led to the incident.

The MiG 27 was used by the SLAF during the war, primarily for the ground attack and close air support role.  These jets come under the No.12 Squadron of the SLAF.