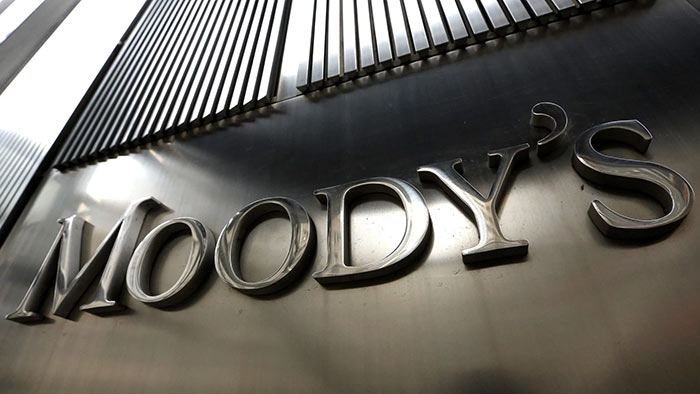 Moody’s Investors Service has today downgraded the Government of Sri Lanka’s long-term foreign currency issuer and senior unsecured debt ratings to Caa2 from Caa1 under review for downgrade, concluding a review for downgrade initiated on July 19, 2021. The outlook is stable.

Following is tan edited version of the Moody’s statement

The decision to downgrade the ratings is driven by Moody’s assessment that the absence of comprehensive financing to meet the government’s forthcoming significant maturities, in the context of very low foreign exchange reserves, raises default risks. In turn, this assessment reflects governance weaknesses in the ability of the country’s institutions to take measures that decisively mitigate significant and urgent risks to the balance of payments.

External liquidity risks remain heightened. A large financing envelope that Moody’s considers to be secure remains elusive and the sovereign continues to rely on piecemeal funding such as swap lines and bilateral loans, although prospects for non-debt generating inflows have improved somewhat since Moody’s placed Sri Lanka’s rating under review for downgrade. Persistently wide fiscal deficits due to the government’s very narrow revenue base compound this challenge by keeping gross borrowing needs high and removing fiscal flexibility.

The stable outlook reflects Moody’s view that the pressures that Sri Lanka’s government faces are consistent with a Caa2 rating level. Downside risks to foreign exchange reserves adequacy remain without comprehensive financing and narrow funding options. Should foreign exchange inflows disappoint, default risk would rise further. However, non-debt generating inflows particularly from tourism and foreign direct investment (FDI) may accelerate beyond Moody’s current expectations, which, coupled with the track record of the authorities to put together continued, albeit partial, financing, may support the government’s commitment and ability to repay its debt for some time.

Sri Lanka’s local and foreign currency country ceilings have been lowered to B2 and Caa2 from B1 and Caa1, respectively. The three-notch gap between the local currency ceiling and the sovereign rating balances relatively predictable institutions and government actions against the very low foreign exchange reserves adequacy that raises macroeconomic risks, as well as the challenging domestic political environment that weighs on policymaking. The three-notch gap between the foreign currency ceiling and local currency ceiling takes into consideration the high level of external indebtedness and the risk of transfer and convertibility restrictions being imposed given low foreign exchange reserves adequacy, with some capital flow management measures already imposed.

Moody’s initiated a review for downgrade on Sri Lanka’s ratings to assess the prospects for significant external financing to materially and durably lower the risk of default stemming from the country’s very low foreign exchange reserves adequacy. Although the potential for non-debt generating inflows has increased somewhat in recent months, the improvement in tourism and FDI prospects is highly tentative. At the same time, a large external financing envelope that Moody’s considers to be secure remains highly unlikely. In turn, external liquidity risks for Sri Lanka’s government will remain heightened over the coming years, raising the risk of default.

Sri Lanka’s foreign exchange reserves adequacy has fallen further since Moody’s initiated the review. Foreign exchange reserves (excluding gold and SDRs) amounted to $2 billion as of the end of September, compared to $3.6 billion as of the end of June and $5.2 billion at the beginning of the year. The reserves are sufficient to cover only around 1.3 months of imports and are significantly below the government’s external repayments of around $4-5 billion annually until at least 2025.

Moody’s baseline scenario continues to assume that the authorities will manage to obtain some foreign exchange resources and financing through a combination of project-related multilateral financing, official sector bilateral assistance including central bank swaps, commercial bank loans, the divestment of state-owned assets, and measures by the Central Bank of Sri Lanka (CBSL) to capture some export receipts and remittances. However, the amounts are generally modest, the arrangements piecemeal, and of relatively short maturity besides multilateral funding for project loans.

Meanwhile, ongoing efforts under the authorities’ six-month roadmap to promote macroeconomic and financial stability will likely boost FDI somewhat, and the reopening of international borders without quarantine requirements for fully vaccinated travellers will support the gradual recovery of tourism-related receipts. However, while Sri Lanka’s potential suggests that sizeable foreign exchange receipts could be generated, this potential has remained only partially realised for many years and realising it now is subject to the confidence and risk appetite of investors and travellers, both of which are highly uncertain.

Therefore, although reserves are likely to rise slightly over the next few months on the back of some of these inflows materialising, Moody’s expects them to remain insufficient to provide a buffer to meet the government’s external repayment needs.

Meanwhile, Moody’s assumes that Sri Lanka will not participate in a financing programme with the International Monetary Fund or other multilateral development partners for the foreseeable future, while international bond markets remain prohibitive as a source of external financing.

Heightened liquidity risks are compounded by Moody’s expectation that the government’s fiscal deficit will remain wide over the next few years, which will keep borrowing needs high and remove fiscal flexibility.

Although government revenue is likely to rebound alongside the economy — Moody’s projects real GDP will grow by an average of around 5% in 2022-23 — it will stay low in the absence of revenue reforms. Moody’s estimates that revenue will remain around 10% of GDP over the next few years. At the same time, interest payments will continue to absorb around 60-70% of revenue, leaving the government with politically challenging tradeoffs in rationalising across social spending and development expenditure. As such, Moody’s sees limited prospects for meaningful expenditure cuts, implying still wide fiscal deficits of 8.0-8.5% of GDP in 2022-23, compared to an average of 5.7% over 2016-19.

The wide deficits correspond to a gross borrowing requirement of around 25-27% of GDP per year over 2022- 23. While Moody’s assumes that the government can continue to access local currency financing given the size of the domestic savings pool and excess domestic liquidity in the banking system, this comes at a cost on the overall interest bill and does not address foreign-currency debt repayments.