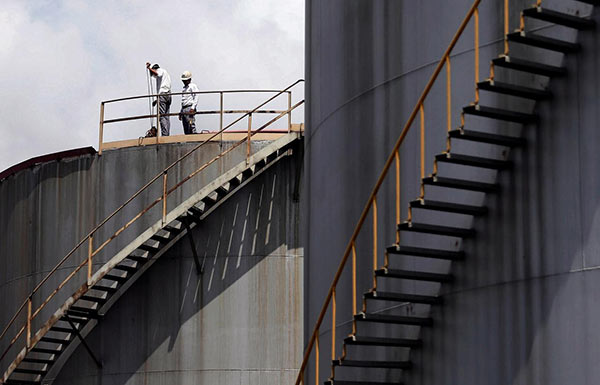 Oman’s oil ministry on Wednesday denied being part of a $3.85 billion plan to build an oil refinery in Sri Lanka, a day after the government in Colombo announced the Arab country’s participation.

Sri Lankan officials told a news conference on Tuesday that a joint venture between the Oman oil ministry and a Singapore investment vehicle owned by India’s Accord Group had agreed to build the 200,000 barrel per day refinery near Chinese-controlled Hambantota port on the island’s south coast.

The ministry was to take a 30 percent stake, the officials said, representing what would be Sri Lanka’s biggest single foreign direct investment.

“No one on this side of the panel is aware of this investment in Sri Lanka,” Salim al-Aufi, undersecretary of Oman’s ministry of oil and gas, told a news conference on Wednesday.

An industry source familiar with the discussions said that there had been talks concerning the project that involved Oman but that they were at an early stage.

The Director General of Sri Lanka’s state-run Board of Investment, Champika Malalgoda, said after the Oman government denial that as far as she was concerned the deal announced on Tuesday was still going ahead.

“We approved the project for a joint venture of Singapore company and Oman,” she said, with the Oman taking a 30 percent stake in the refinery venture.

Any big deal in Sri Lanka involving Indian investment will pose a challenge to China, which had until recently been on track to be the dominant foreign investor on the island.

India has become concerned in recent years about China muscling into Sri Lanka and other countries in a region where India is the traditional power.

China is the biggest buyer of Omani oil, importing about 80 percent of the Middle Eastern nation’s overall crude exports in January, according to an Oman government website.