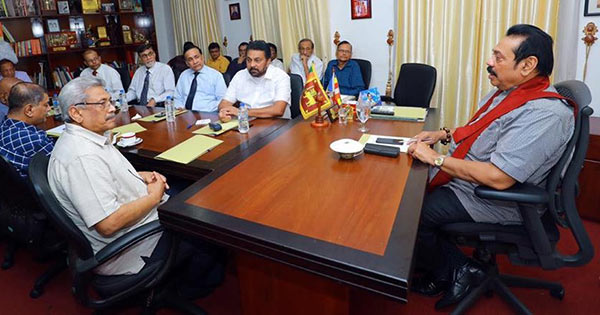 Opposition leader Mahinda Rajapaksa has requested former security force chiefs to compile and hand over a report on combatting extremism taking their experience into account.

A special discussion was held last evening with the opposition leader and several former chiefs of security forces regarding the current situation of the country.

This was at his official residence in Wijerama.