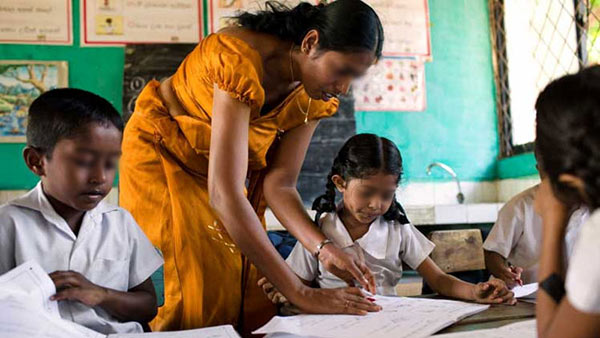 Over 240,000 teachers from 6,000 schools are to go on a sick leave campaign starting today over the government’s failure to address their salary anomalies which has been unchanged since 1997, unionists said.

Ceylon Teachers Union President Joseph Stalin said that they have reached such a decision after much deliberations. “We have asked for the salary anomalies to be rectified and an increment to be granted.

We asked for meetings with the Education Ministry officials but our pleas have fallen on deaf ears,” he said. “We have reached a collective decision to go on sick leave starting today.”

He added that this years budget also makes no mention of salary increments much to their dismay. “No government to-date has been able to rectify this matter. Sri Lankan teachers are paid the lowest when compared to the profession in other Asian countries.”

“We want to show this government as we have done to successive governments in the past that this is an issue which needs to be looked into,” he said.

Meanwhile, Education Ministry yesterday said that certain Trade Unions are trying gain political mileage through teachers and principals of government schools. The Ministry responding to the trade union action which is said to be launched by the certain teacher unions today said that the government has taken steps to rectify the salary anomalies of teachers and principals too.

The teachers and principals are being taken for a ride by these trade unions at a time when the government has taken measures to solve their salary issues.

The Ministry added that the proposals made by the Education Ministry aimed at rectifying the salary anomalies of teachers and the principals have already been handed over to the special commission of reviewing public sector salaries.

The salary anomalies will definitely be rectified after receiving the recommendations of the commission, the Ministry said.