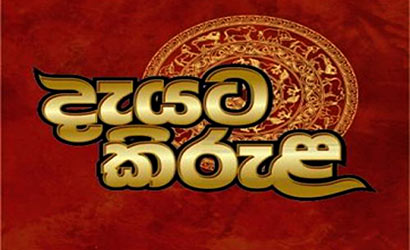 President Mahinda Rajapaksa yesterday stressed that Sri Lanka is not a failed state adding that we have the courage and ability to cope with any issue.

President Rajapaksa said certain pessimists say that the Deyata Kirula is a mere white elephant. “They have deliberately forgotten that Deyata Kirula is the national development drive of the country.”

He said the public visited the Deyata Kirula Exhibition in fear owing to terror activities in 2006.

“Today, thousands are flocking to the exhibition premises without fear. This is because of the prevailing peaceful situation in the country. Besides development, every sector has been placed on a rapid progressive track,” the President said.

He added all constructions at the exhibition premises are permanent and can be utilised after the exhibition. The Kuliyapitiya area will be an education hub in the future with the educational development carried out under the Deyata Kirula exhibition, he said.