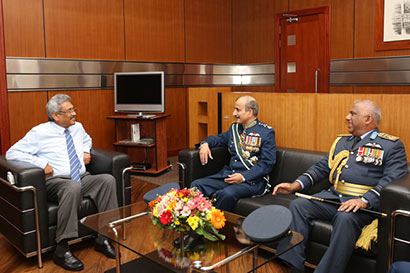 The Pakistani Air Chief, who is on a three-day official visit to Sri Lanka, also met his Sri Lankan counterpart, Air Marshal Kolitha Gunathilake. During the meeting it was agreed to enhance the cooperation between the two Air Forces and new dimensions be given to already existing friendly relations. Air Chief Marshal Tahir Butt also assured his counterpart of sustained support and cooperation in the fields of technical training and professional expertise. 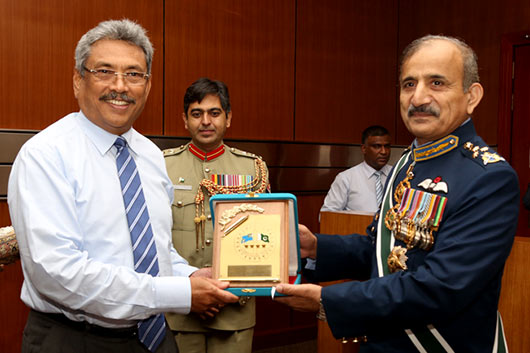