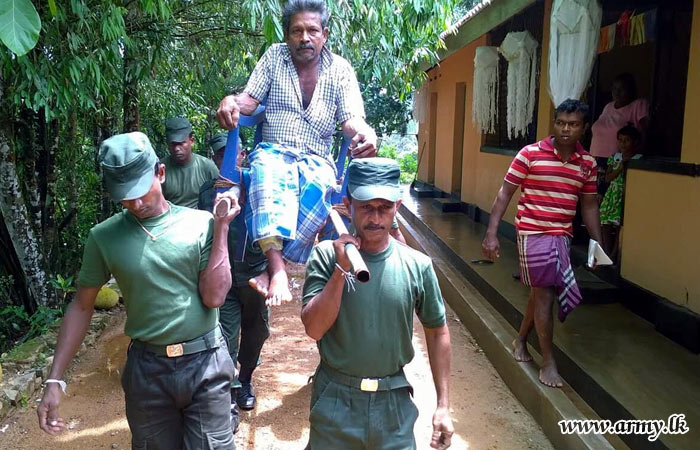 Sri Lanka’s Disaster Management Center (DMC) on Tuesday said the tri forces along with the police and relief teams had begun a massive clean-up campaign in several districts affected by the monsoonal rains as water levels receded.

DMC spokesperson Pradeep Kodippili said 24 people had been killed and over 75,000 displaced, as heavy winds and rains lashed out across the island over the past 10 days.

Deaths had been reported due to lightening and drowning.

Those displaced were all housed in safe shelters and with more heavy winds and rains expected in some districts in the coming days, Kodippili said, adding that those evacuated were urged not to return home.

A landslide warning issued by the National Building and Research Organisation remained for the districts of Kalutara and Galle, in the south, Ratnapura and Kegalle in south central and in the Central Hills of Nuwera Eliya.

Kodippili also warned the naval and fishing communities against going out to sea as wind speeds from Mannar, in the north to Colombo and Galle in the south, was expected to increase.

More than 4,000 houses have been partially or fully damaged or inundated by the rains.

Sri Lanka’s Disaster Management Ministry said it would compensate the families of those who had been killed and affected by the floods.

The Meteorological Department in its latest weather alert said windy conditions over the island and around the sea areas could be expected until May 31.

Fairly strong gusty winds up to 50 km per hour could also be expected over the island, particularly in the Western, Sabaragamuwa, Central, North-Western and North-central provinces and in Galle and Matara districts.