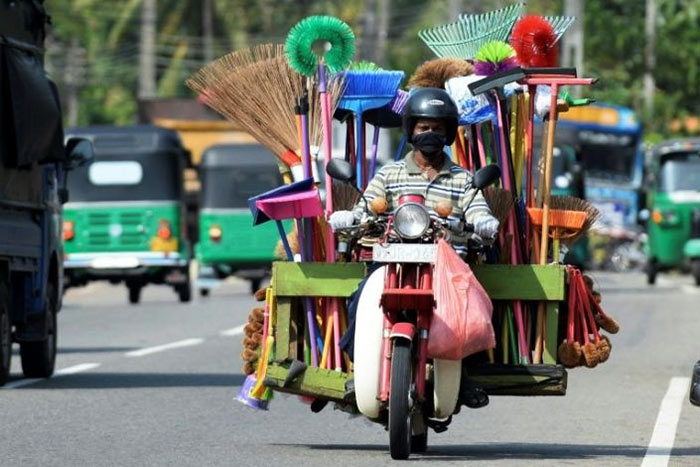 The department of Census and Statistics said the record decline in the second quarter compared with a slower 1.6 percent fall in the first quarter before the coronavirus pandemic was felt in the island.

Overall, the economy contracted 5.3 percent in the first nine months of the year compared with modest 1.9 percent growth in the corresponding period last year.

The economy suffered a huge setback last year when local jihadists killed 279 people with a string of suicide bombings against three hotels and three churches and crippled the lucrative tourism industry.

Sri Lanka was emerging from the devastating attacks when the coronavirus pandemic gripped the island in mid-March, forcing nation-wide curfews.

“The second quarter GDP estimate has shown an unprecedented fall in real GDP by 16.3 percent… and it is the largest drop ever recorded in Sri Lanka’s history,” the census department said in a statement.

It said third quarter results showed a modest recovery of 1.5 percent, but overall the economy recorded a 5.3 percent contraction for the nine months ending September.

Sri Lanka is facing a second wave of infections since early October with the number of cases increasing 10-fold to more than 33,000 with 154 deaths.

The grim economic figures came days after S&P Global Ratings downgraded Sri Lanka by one notch to CCC from B as international credit agencies worried over the island’s ability to service its foreign debt.

International agencies have also noted that Sri Lanka’s economy was already weak when the pandemic hit which had made revenue generation even more challenging.

S&P expects Sri Lanka’s economy to shrink by a record 5.3 percent in calendar 2020.

Sri Lanka’s government has insisted that it will honour its debt commitments.