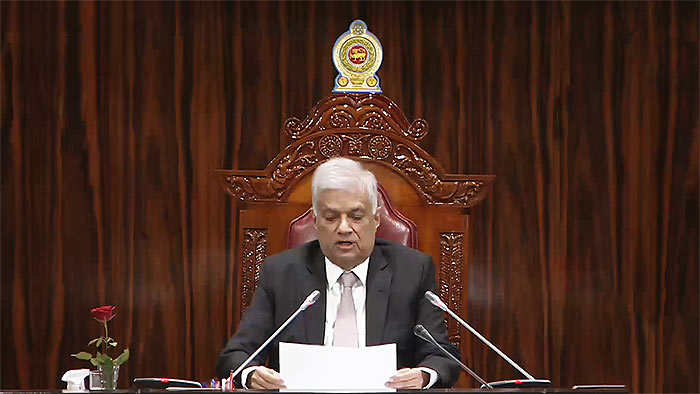 In accordance with the instructions of the President, arrangements were made to conduct the ceremony in a very simple manner without gun salutes or car parades.

Instead, the President Wickremesinghe and the first lady were received by Speaker Mahinda Yapa Abeywardena and the Secretary General of Parliament, Dhammika Dassanayake in front of Parliament with a Tri-Force Guard of Honour.

The President’s flag is not hoisted, only the National Flag is hoisted.

The Head of State President Ranil Wickremesinghe started presenting the Sri Lanka Government’s policy statement from 10:30 AM today in accordance with powers vested in him through Article 33 of the Constitution.

Delivering the statement, President Wickremesinghe reiterated the importance of establishing an all-party government in the country.

Accordingly, he invited all Members of Parliament to join the establishment of an all-party government.