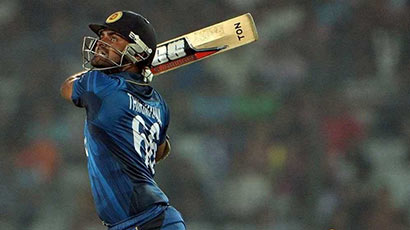 The Afghans were bowled out for 65 runs, chasing Sri Lanka’s target of 133.

Afghanistan booked place in the final following a thumping eight-wicket win (D/L method) over Hong Kong in the rain-aborted semifinal. Having reduced Hong Kong to 88-8 in their 20 overs, the Afghan side rode on Mohammad Shahzad’s unbeaten 28-ball 41 to reach 73-2 in 11.3 overs before the match was called off due to rain.

Sri Lanka progressed to the summit clash after the fate of their semifinal against defending champions Bangladesh was decided on toss following the abandonment of match due to rain. Bangladesh had reached 59-3 in 11 overs before the showers arrived.