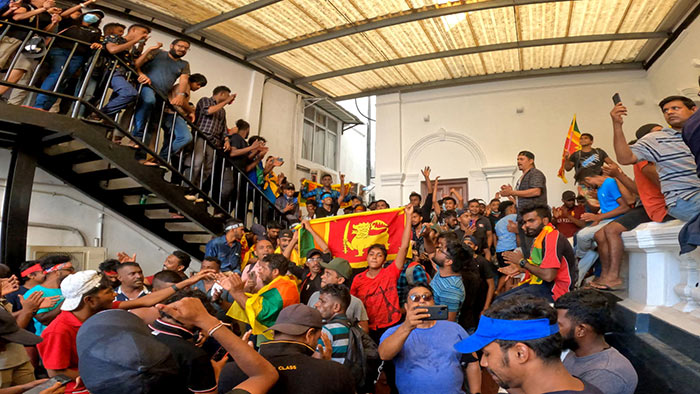 Sri Lankan Protesters have decided to withdraw from government buildings they have occupied including the President’s House, Presidential Secretariat, Temple Trees and the Office of the Prime Minister with immediate effect, aiming to restore peace in the country.

The announcement was made during a media briefing conducted by a group of protesters.

Meanwhile the Bar Association of Sri Lanka (BASL) had said it is deeply disturbed at the occupation of the Prime Minister’s Office at Flower Road by protesting crowds and called upon them to return the said premises to the authorities immediately.

“Whilst the BASL will continue to uphold the rights of peaceful protests, it does not support a situation of lawlessness or anarchy which are unconstitutional.”

“Attempts to occupy Government Offices and to cause destruction and or damage to property do not constitute peaceful protests,” the BASL said, issuing a statement yesterday (July 13).

They also entered the Office of the Prime Minister of Sri Lanka yesterday (July 13).