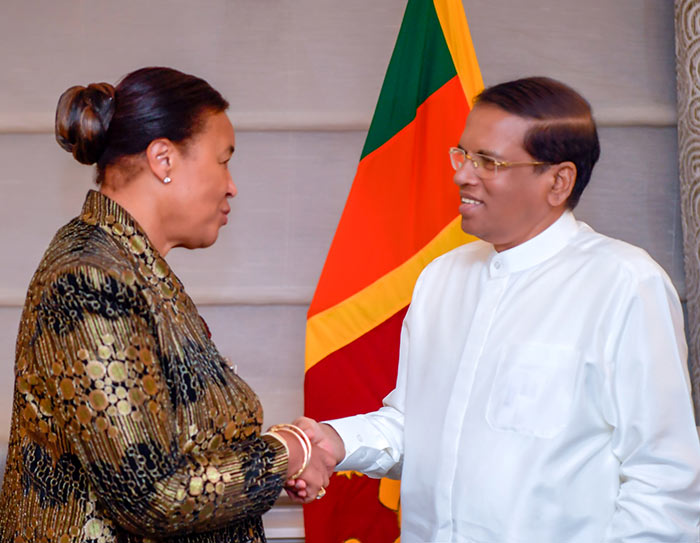 She said that Sri Lanka’s resilience was greatly evident from restoration of normalcy quickly after Tsunami disaster in 2004 and many countries could take lessons from Sri Lanka’s success story.

When Rt Hon Patricia Scotland called on President at the Loews Regency Hotel in New York yesterday (September 28), the President briefed her on the progress made in the last three and half years in reconciliation, strengthening democracy and restoration of human rights.

President Sirisena said Sri Lanka considered eradication of illegal drugs and climate change as major challenges and asked the Commonwealth to expand activities in these areas as they would benefit most of the 57 member states. 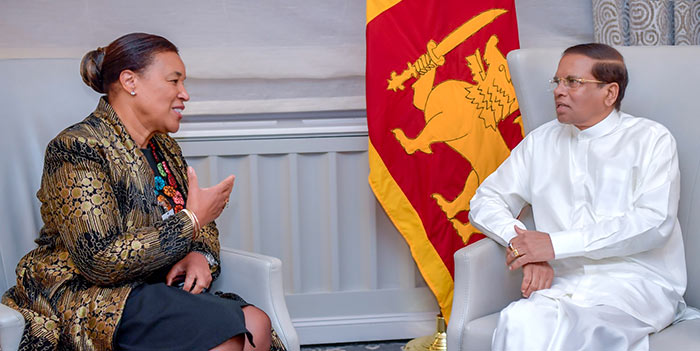