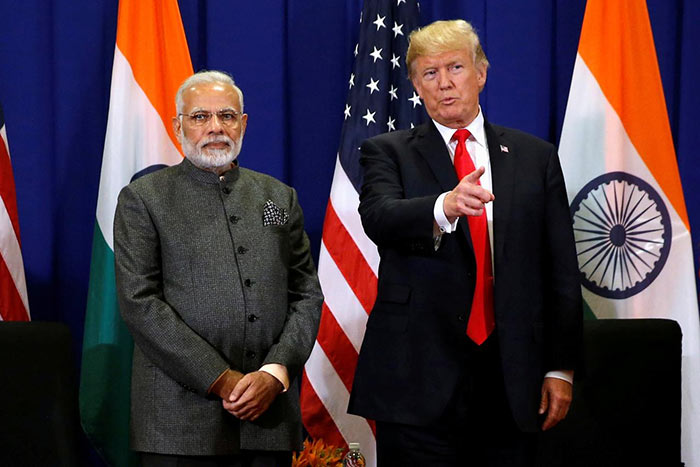 U.S. President Donald Trump looked set to open a new front in his trade wars on Monday with a plan to end preferential trade treatment for India that allows duty-free entry for $5.6 billion worth of the country’s exports to the United States.

Trump, who has vowed to cut U.S. trade deficits, has repeatedly called out India for its high tariffs, and U.S. trade officials said scrapping the concessions would take at least 60 days after notifications to Congress and the Indian government.

“I am taking this step because, after intensive engagement between the United States and the government of India, I have determined that India has not assured the United States that it will provide equitable and reasonable access to the markets of India,” Trump said in a letter to congressional leaders.

India is the world’s largest beneficiary of the GSP program and ending its participation would be the strongest punitive action for the South Asian nation since Trump took office in 2017.

The U.S. Trade Representative’s Office said removing India from the Generalized System of Preferences (GSP) program would not take effect for at least 60 days after the notifications, and would be done through a presidential proclamation.

The preferential trade treatment brings “actual benefit” of just $250 million a year to India, however, a government source said in the capital, New Delhi, adding that it hoped the planned withdrawal would not lead to trade hurdles.

“GSP is more symbolic of the strategic relationship, not in value terms,” added the source, who declined to be identified ahead of a news briefing by the Indian trade ministry.

It was not immediately clear what retaliatory action authorities in India, which is due to hold general elections this year, would take.

The e-commerce rules followed a drive by New Delhi to force global card payments companies such as Mastercard Inc and Visa Inc to move their data to India and higher tariffs on electronic products and smartphones.

“Despite intensive engagement, India has failed to take the necessary steps to meet the GSP criterion.”

Most of the exports were intermediate goods not produced in the United States because they are low in the manufacturing value chain, it added.

The U.S. goods and services trade deficit with India was $27.3 billion in 2017, the U.S. Trade Representative’s Office said.