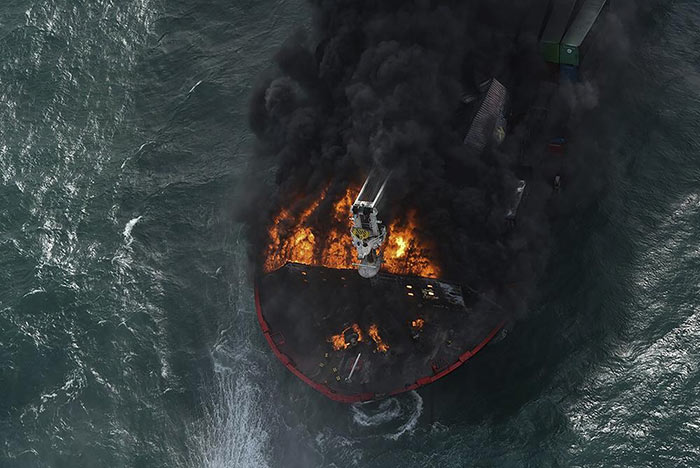 Director General of the CEA Hemantha Jayasinghe, said yesterday (27) the inferno could result in acid rain as the chemicals on-board could have been released into the atmosphere due to the ship being on fire for several days, resulting in rains becoming more acidic.

That could result in some air pollution,” he explained. Meanwhile, Minister of Environment Mahinda Amaraweera requested the CEA for an immediate environmental damage report on the harm caused by the X-Press Pearl fire. The distressed freighter carrying chemicals has been on fire for six days off the coast of Sri Lanka.

In collaboration with the appropriate shipping and insurance firms, the Minister further stated that action will be taken to seek compensation for the damage caused to the environment. He made these remarks during a field visit to assess the damage. The Minister stated that if the ship capsizes, the vessel’s fuel will mix with seawater and cause significant environmental damage to the Sri Lankan coast.