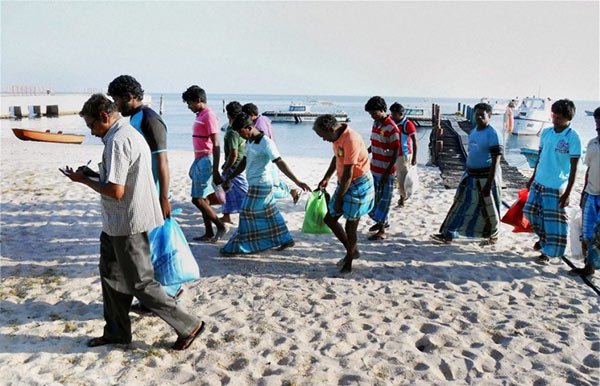 The Sri Lankan government on Friday released 109 of the 136 Indian fishermen who were arrested on charges of poaching in the country’s territorial waters. The released fishermen are likely to be repatriated in the coming days.

These fishermen were arrested by Sri Lanka’s naval agencies after Pongal (mid-January). After being produced in courts, they were remanded in judicial custody and lodged in Sri Lankan prisons.

Fishermen speculated that the release may a goodwill gesture of Sri Lanka since St Antony’s festival on Katchatheevu islet in Sri Lankan waters is scheduled to happen on February 23 and 24. Hundreds of Indian and Sri Lankan pilgrims will take out a voyage to attend the festival.

“The Sri Lankan government could have released other fishermen also from their custody. It would have greatly delighted the fishermen families who are struggling for a livelihood,” said fishermen leader B Jesuraja of Rameswaram.