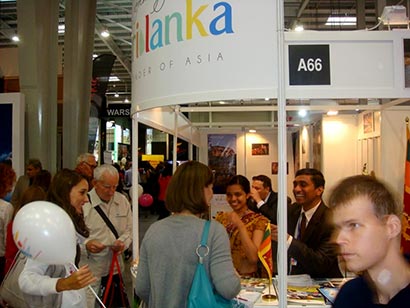 On behalf of the Sri Lanka Tourism Promotion Bureau, the Embassy of Sri Lanka in Poland took an active role in Sri Lanka’s participation at this annual event.

The show was declared opened by President of TT Warsaw Ms Urszula Potega and she invited H.E Ms Katarzyna Sobierajska, Undersecretary of State of the Ministry of Sport and Tourism to address the Ambassadors & delegates of all countries present.

Over 70 countries displayed and promoted their individual country and the fair drew large crowds of young and old Polish nationals.

The Sri Lanka stall was declared opened by Mr. D.S De Silva Deputy Head of Mission of the Sri Lanka Embassy in Warsaw by lighting the traditional oil lamp. The Embassy officials and the visiting delegates participated in the ceremonial opening of the stall which was  decorated and displayed banners and pictures of Sri Lanka. The officials distributed tourist brochures in English and in Polish languages showcasing Sri Lankan heritage, scenery, wild life and festivities. CD’s from Sri Lanka tourism bureau, maps dockets and books on Sri Lanka interested the visitors.

The Embassy served Ceylon Tea which was extremely popular with the visitors. Many inquired as to where one could purchase Ceylon Tea, giving an opening to introduce Ceylon Tea to Poland.

Representatives of travel trade from Sri Lanka were pleased as they managed to make contacts and also sign agreements by attending the TT Warsaw. They are looking forward to participate in future events in Poland to introduce diverse aspects of Sri Lanka to the Polish people. 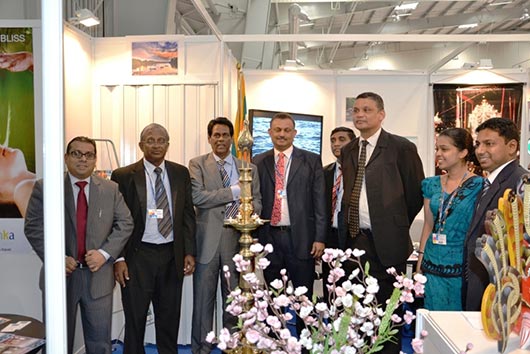