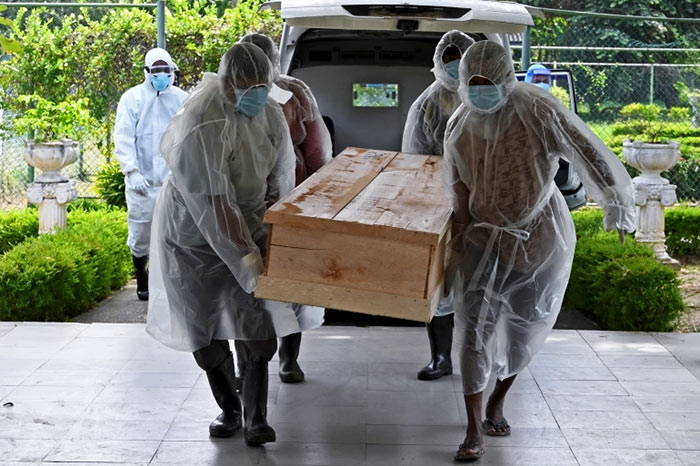 The COVID-19 death toll in Sri Lanka climbed to 786 with 22 more deaths being confirmed by the Director-General of Health Services, the Government Information Department said.

According to the media release issued by the Department of Government Information, the victims had succumbed to the virus infection between the period of May 02 – May 08.

Sixteen of the victims were aged between 60-70 years while four others were aged over 80 years. The remaining two were aged 57 and 58 years.

COVID pneumonia was identified as a cause of death of the majority of the victims. Some had suffered from sepsis, heart disease, acute kidney injury, diabetes, hypertension, dyslipidemia, acute coronary syndrome and bronchitis as well.