Youth Parliament to meet under the patronage of President 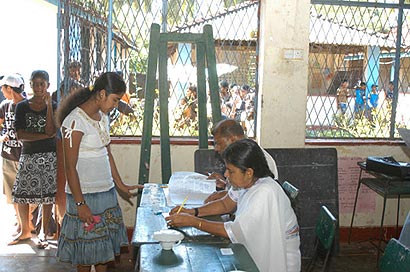 The maiden sessions of the Youth Parliament is scheduled to be held under the patronage of President Mahinda Rajapaksa on 12th January at the National Youth Centre in Maharagama.

A Youth Prime Minister, Speaker, Cabinet and Youth Parliamentarians will be selected following the results of the polls conducted for the Youth Parliament were released. The Chief Returning Officer of the polls was Secretary, Ministry of Youth Affairs and Skills Development S.S. Hewapathirana.

The results of the election were released at a media briefing held at the Youth and Skills Development Ministry.

A Youth Prime Minister, Speaker, Cabinet and Youth Parliamentarians will be selected. The maiden sessions of the Youth Parliament are scheduled to be held under the patronage of the President on the 12th of January. It will be held at the National Youth Centre in Maharagama.