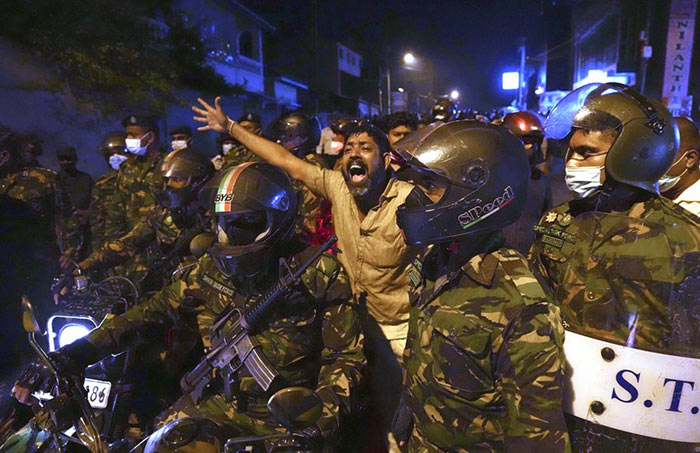 A total of 54 people were arrested from the group of protestors at Pengiriwatta Mawatha in Mirihana, which leads to the President’s residence last night (March 31), the Police Media Spokesman says.

Police stated that a woman was among them.

Nearly 50 persons including police, STF and journalists were hospitalised after being injured during the protest.

He said the arrested would be produced before the Nugegoda Magistrate’s Court.

Meanwhile, the Nugegoda-Maharagama 119 road has been closed.

The Police further stated only the residents can travel on the relevant road until further notice.