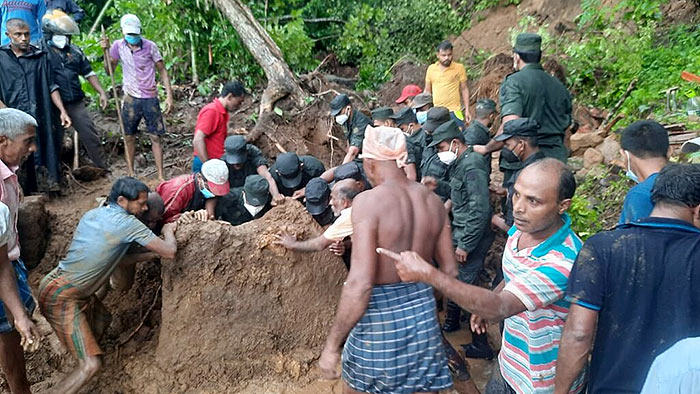 Disaster Management Centre (DMC) says as many as 170,022 people of 41,717 families were affected in several districts of the country due to adverse weather conditions.

According to reports, Gampaha, Ratnapura, Colombo, Puttalam, Kalutara, Nuwara-Eliya and Kegalle districts have been hit hard by torrential rains.

Seven lives were claimed by the inclement weather so far, seven others are reported missing and two persons have sustained injuries, the DMC added.

The DMC urges the members of the public to remain alert to the warnings issued by the authorities.