Analysis-Shocks and Missteps: How Sri Lanka’s Economy Ended in Crisis 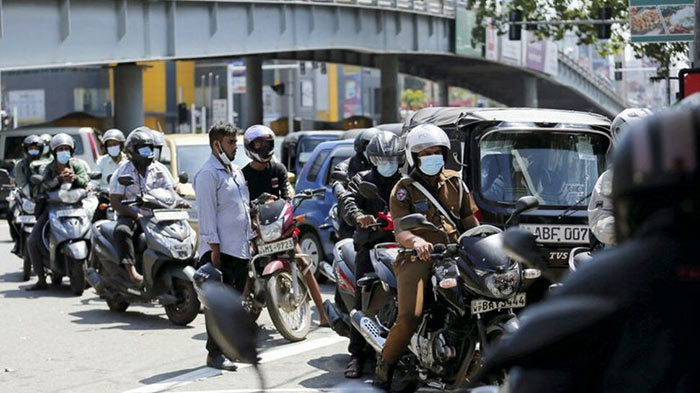 In late November 2019, after winning Sri Lanka’s presidential election and months ahead of a parliamentary ballot that would again test his popularity, Gotabaya Rajapaksa gathered his cabinet and made good on a campaign promise to slash taxes.

The move, which included a near-halving of value added tax, blindsided some top central bank executives.

“There was not any kind of a consultative process,” added Weerasinghe, who spent 29 years at the CBSL before retiring.

The economic argument for the cuts was simple – to free up spending and boost Sri Lanka’s ailing finances.

A similar move by an administration led by Gotabaya’s older brother Mahinda had helped drive the country’s economic recovery after a decades-long civil war ended in 2009, a ruling party member close to the Rajapaksas said.

“That is why they made this promise … Then, the pandemic came,” said Milinda Rajapaksha.

The case against was that reducing potential revenues when obligations were high was risky and undermined a 2019 debt management plan that hinged on a narrowing fiscal deficit.

“That was a mistake,” W.D. Lakshman, the CBSL’s governor between December 2019 and September 2021, said of the cuts, in his first interview since leaving office.

Not long after the move, the pandemic struck, crippling an economy heavily reliant on tourism.

While the hit to Sri Lanka’s coffers was all but inevitable, three former CBSL officials and some analysts said policies before COVID-19 struck and since have exacerbated the problems, leaving the country in a vulnerable financial position.

The government did not respond to a request for comment on the state of the economy and whether policy errors were made.

The CBSL said in a statement that the economy was in better shape than some reports suggested, with the key tourism industry already showing signs of revival and the stock market performing “reasonably well”.

Yet foreign exchange reserves have shrunk almost 70% in two years to $2.36 billion, short of $4 billion or so in debt repayments due in 2022.

Inflation has surged, key imports have been held up at Colombo port due to the lack of cash and the conflict in Ukraine has pushed energy bills higher. There is only enough fuel for a few days; national power cuts have begun.

At a time when Sri Lanka badly needed access to international capital markets to keep its debt management programme on track, a series of downgrades by rating agencies in the wake of the pandemic in 2020 effectively locked it out.

In the past when times were tough, Sri Lanka has turned to the International Monetary Fund (IMF) for help.

But potential discussions with the IMF on restructuring Sri Lanka’s foreign debt were effectively shot down by the government and CBSL leadership as early as April 2020, Lakshman said, including by himself as governor.

With the IMF out of play, the government still could have moved towards fiscal consolidation and provided a credible recovery plan, Weerasinghe said, adding that it failed to do so.

“What was presented and in the 2021 budget was completely not consistent with what would have been accepted by international investors or international creditors,” he said.

The budget banked on a strong rebound in economic growth of around 5.5% in 2021, which failed to materialise in part due to the Delta variant that led to island-wide lockdowns.

Sri Lanka overshot its fiscal deficit target by more than two percentage points in 2021, and the trade deficit widened to $8.1 billion in December 2021 from $6 billion a year before.
Foreign workers’ remittances slumped 22.7% to $5.5 billion in 2021.

The government, led by Rajapaksa and his brothers, has raised swaps and credit lines worth $1.9 billion from India, and two more are under negotiation with Pakistan and Australia.

Sri Lanka also received a $1.5 billion Yuan swap in December and the last tranche of a $1.3 billion syndicated loan from China arrived in September 2021.

Finance Minister Basil Rajapaksa – brother of the president and Prime Minister Mahinda Rajapaksa – has struck a bullish tone since taking up the post last July.

“The Rajapaksas have a history of never being daunted by challenges,” he said last November in his first budget speech. The plan envisages a budget deficit of around 8.8% of GDP and raising some taxes.

The CBSL said in its statement that it was committed to meeting all debt obligations and that suggestions Sri Lanka was close to default were wrong.

“The Sri Lankan authorities are pursuing a carefully thought-out plan which will ensure Sri Lanka’s debt sustainability and economic revival.”

Some analysts and opposition politicians, however, fear Sri Lanka may default this year if it does not restructure its debt in the coming months.

“This prevarication, and somehow imagining there is another solution, I think, is a delay that the country can ill afford,” said Nishan de Mel, Executive Director of the Verité Research think-tank, adding that the 2022 budget did not go far enough.

Some opposition politicians and economists have urged the government to seek assistance from the IMF and other lenders, a move they say would help it tap capital markets again and ease the debt crunch.

IMF loans are likely to come with conditions, however, including austerity measures potentially unpopular with the population of 22 million to try to balance the books.

Basil Rajapaksa wants to focus on getting the domestic economy up and running again before contemplating loan programmes, aide Milinda Rajapaksha told Reuters this month, and the CBSL said there was no need for an IMF programme.

Masahiro Nozaki, IMF mission chief for Sri Lanka, told Reuters that the body had not received a recent request for financial support from Sri Lanka, but stood ready to discuss options.

The Russian invasion has begun and on Thursday crude prices peaked at $105 a barrel for the first time since 2014.

2 Responses to Analysis-Shocks and Missteps: How Sri Lanka’s Economy Ended in Crisis