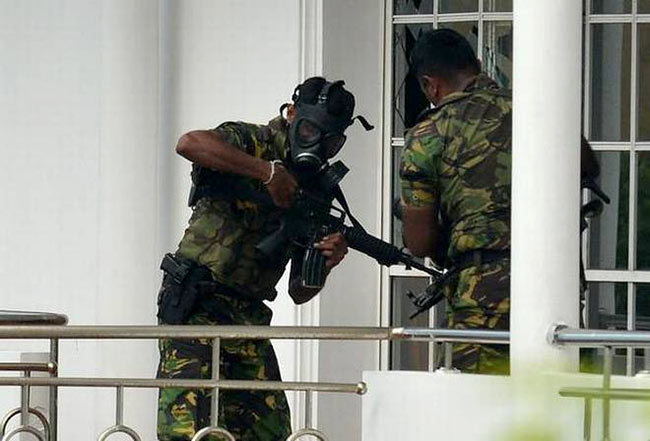 Eighteen suspects have been arrested by the Police Special Task Force in search operations carried out last night.

The arrest in Warakapola was made by the Warakapola Police, Police Special task Force and the officers of the Intelligence Unit.

A motorbike and four walkie-talkies were also seized from the suspect’s residence.