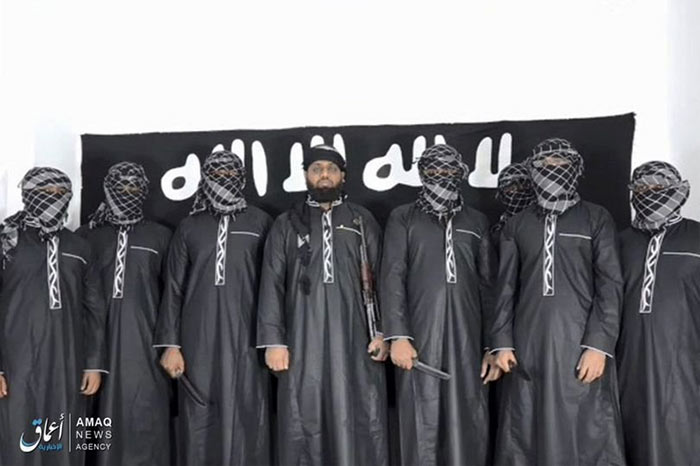 Isis has released a picture claiming to show the mastermind behind the Easter Sunday bomb massacre in Sri Lanka, that killed 321 people.

Extremist cleric Zahran Hashim is believed to be at the centre of the image, surrounded by the seven suicide bombers.

Hashim has been identified as the man who planned the attacks.

They are all seen standing in front of an Isis flag.