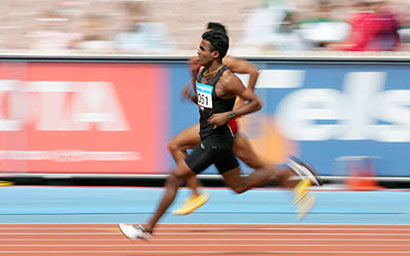 With the Tamil Nadu government refusing to host Sri Lankan athletes on political grounds, the third leg of the Asian Grand Prix scheduled to be held in Chennai on May 16 has now been shifted to Colombo.

After the Tamil Nadu government cancelled the prestigious Asian Championship scheduled to be held in Chennai from July 3-7, the Asian Athletics Association has decided to hold the third leg of the Asian GP in Colombo on May 12.

On February 21, Chief Minister J Jayalalithaa called off the championship, saying that Lankan athletes have no place in the state, after reports of the alleged brutal killing of slain LTTE chief V Prabhakaran`s son came out.

However, the Athletics Federation of India is still hopeful about find an alternate venue in the country.

The first two legs of the Asian GP would be held as scheduled earlier on May 5 in Bangkok and on May 8 at Chonburi in Thailand.

1 Response to Asian Athletics GP shifted from Chennai to Colombo