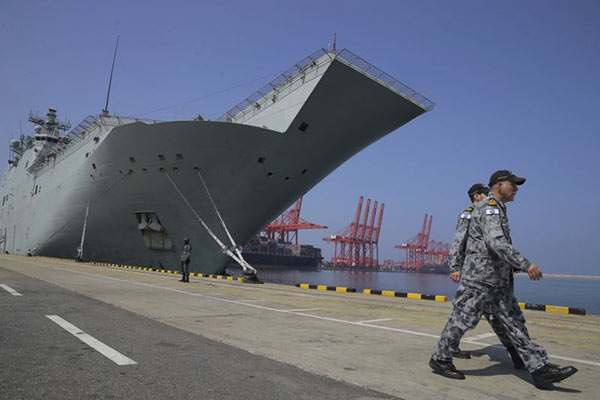 An Australian envoy said Friday that its armed forces have no qualms about working with Sri Lankan security forces accused of grave human rights violations during the country’s civil war, but added that the allegations must be taken seriously and investigated.

Acting Ambassador John Philp said Australia wants to look to the future after the end of the war 10 years ago.

“The approach we are taking is that we do want to work with the Sri Lankan tri-services. The war finished 10 years ago. We need to think about the future,” Philp said.

“We do know that there are serious allegations. We certainly believe that they should be taken seriously,” Philp said, adding that the Sri Lankan government’s recent co-sponsoring of a resolution at the U.N. Human Rights Council reiterating its commitment to investigate the allegations gives Australia confidence.

Air Commodore Richard Owen said the two sides are exploring ways of combating common threats in the region. He said Australian defense industry representatives also made a presentation on their products.

According to a U.N. experts’ report, about 40,000 Tamil civilians were killed in the last months of the fighting alone. Both government forces and Tamil Tigers have been accused of grave human rights violations.

In 2015, the government pledged at the U.N. human rights body to investigate the allegations. The council has twice given two-year extensions for the implementation of the resolution.

2 Responses to Australia says Sri Lankan allegations should be investigated