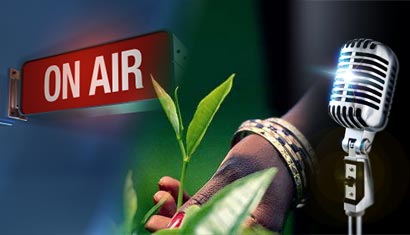 The programme had several components including an introduction on Sri Lanka, a Sri Lanka Quiz and comments from specialists on tea, travel and leisure. Most questions related to Sri Lanka’s heritage sites, nature parks, beaches, food and culture.

The live broadcast opened with a brief interview with Ambassador Azeez, Sri Lanka’s envoy in Austria, who took the opportunity to invite Austrians to visit Sri Lanka and enjoy its beauty and hospitality. Responding to a question on Ayurveda, Ambassador Azeez highlighted its many benefits and urged Austrians to take advantage of this authentic, time-tested system of healthcare and treatment.

The winner of the quiz was awarded an air ticket to Sri Lanka by Radio Vienna, with travel arrangements facilitated by the Embassy of Sri Lanka in Austria.

Earlier on, Ambassador Azeez participated as a guest at a gala event organized by the Hornig Group of Companies in the Styria State of Austria. At the event celebrating the 100th anniversary of its founding, he was interviewed on-stage on the speciality of ‘Ceylon Tea’. The Horning Group, which had first introduced Ceylon Tea in Austria and in the neighbouring region, received a special citation from Hon. Franz Voves, Governor of Styria, who graced the occasion as the chief guest, for its contribution to the expansion of trade.