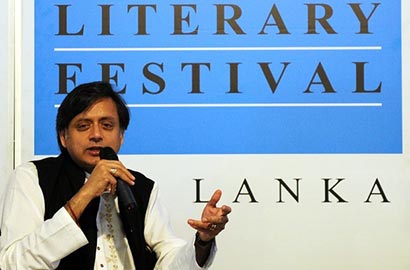 The Galle Literary Festival commenced in Galle on Wednesday morning and will continue until the 22nd of this month. The festival is being held for the 6th year and award winning writers, historians and poets from United States, Canada, England, Germany, India, Ireland, Palestine, Singapore and Sri Lanka are to take part.

Galle Literary Festival is intended to serve as a platform for Sri Lankan writers to emerge and get recognized alongside other international writers. The literary forum is aimed to instill confidence and encourage aspiring, young writers to write.

During the festival, writers will take part in solo and panel discussions, readings and workshops. The programme also includes concerts, picnics, tours of the Fort and surrounds, cultural activities and late-night revues. The festival will have a special day of activities for schools and the local community on January 18th.

The 6th festival’s spotlight will be on India and HSBC is the main sponsor of the event. SriLankan Airlines, Jetwing Lighthouse Hotel, Magic/One Trust, the Royal Norwegian Embassy and British Council are co- sponsors of this festival. (niz)