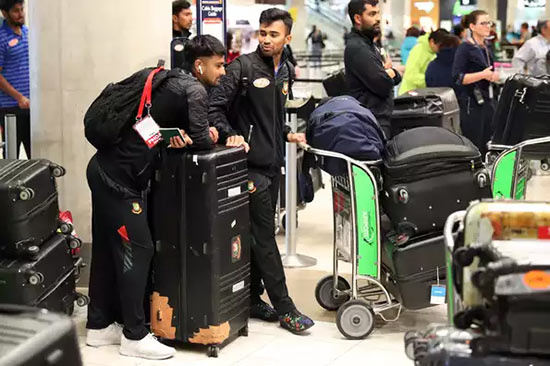 Bangladesh cricket officials said Wednesday they were monitoring security in Sri Lanka in the wake of last month’s terror attacks and ahead of a planned tour slated for July.

The national team narrowly avoided being caught in the New Zealand mosque attacks of March 15 that killed 51 people.

Bangladesh’s one-day international series in Sri Lanka was scheduled to take place in July, having been brought forward from December.

But the fate of the series has been thrown into doubt following the April 21 Easter Sunday attacks in Sri Lanka churches and hotels that killed more than 250 people.

“We won’t say the series is uncertain, but we are monitoring the situation through the Bangladesh High Commission and our foreign ministry,” cricket board chief executive Nizamuddin Chowdhury told AFP.

“We will also see what the Sri Lankan Cricket board has to say about the present situation,” he added.

They were in the city to play a Test match, which was promptly cancelled.