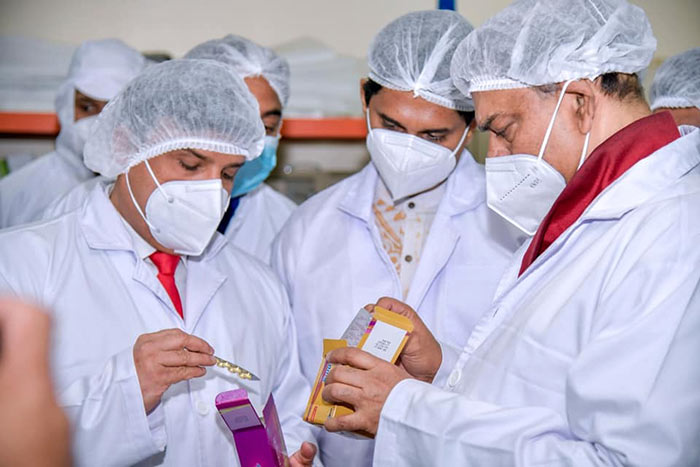 Finance Minister Basil Rajapaksa expects to save foreign exchange by reducing the import of goods and increasing domestic production.

The painkiller drugs – Tramadol and Levothyroxine – used to treat thyroxine deficiency, are now being produced locally at the Ratmalana facility.

$ 88 million can be saved by manufacturing these drugs locally, according to the Government, as about 9.8 million capsules of Tramadol 50 mg and 98 million tablets of 50 mg of levothyroxine are used annually.

“At present only 20% of the drugs used are currently produced locally but the Government hopes to increase it to 50%,” the Minister said.

Rajapaksa pointed out that the Government was taking steps to restrict the import of 16 selected food items as a first step in building an economy based on local production in line with the President’s policy statement.

“We have expedited steps to increase local food production by relying on local farmers as well as launching a systematic program for the betterment of other manufacturing sectors, including pharmaceuticals,” he added.

The Finance Minister claimed that the previous government had passed on a large amount of debt to be repaid to public and private institutions and that his predecessor, Prime Minister Mahinda Rajapaksa, had acted to repay those debts.

Meanwhile, Rs. 1,945 million due to the SPC was also settled, the Finance Minister said.

1 Response to Basil stresses import substitution can save forex