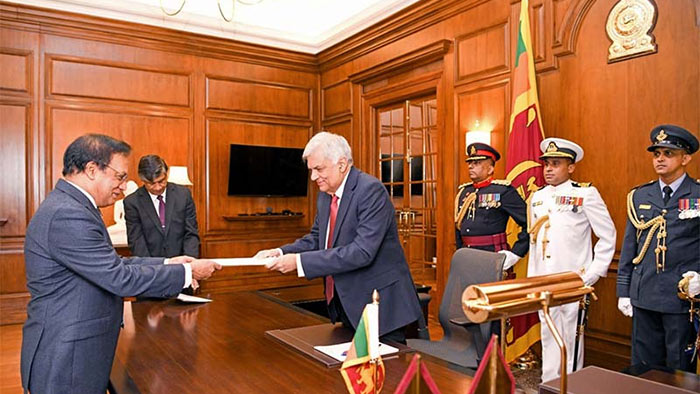 He took oaths at the Presidential Secretariat in the morning today (October 09).

Secretary to the President Saman Ekanayake also participated in the event.

The President’s Media Division said Justice Buwaneka Aluwihare will function as the Acting Chief Justice until the 13th of October.

Chief Justice Jayantha Jayasuriya is currently overseas and will return to the country on the 13th of this month.

The appointment was ratified by the Parliamentary Council following recommendations by the President.

The Parliamentary Council ratified the appointment when it convened under the patronage of Speaker of house Mahinda Yapa Abeywardena.