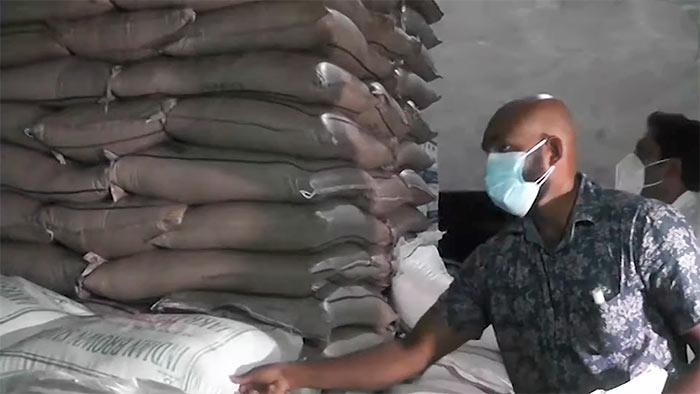 A large volume of brown and white sugar weighing up to 167,000 kg has been recovered from a warehouse in the area of Uyandana, Kurunegala.

The hoarded sugar consignment was seized in a raid led by the officials of Consumer Affairs Authority (CAA).

The raid was carried out based on a tip-off received by the CAA’s Kurunegala branch, Senior Investigating Officer of the bureau, Mr. Asanka Edirisinge said speaking to media.

The warehouse, which was operating without a valid license, has been sealed off by the CAA officials.

Legal action against the relevant establishment is expected to be sought before Kurunegala Magistrate’s Court in the future.