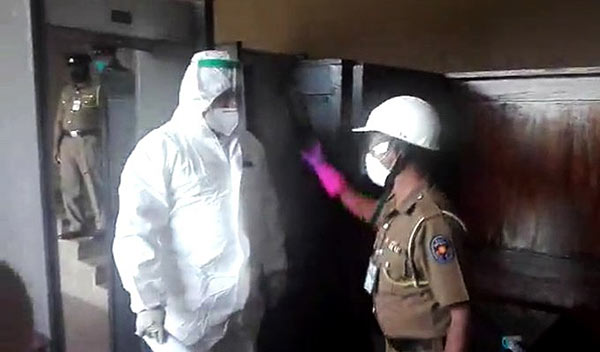 A mobile phone has been found in the possession of former Minister Rishad Bathiudeen who is currently in remand custody at the Magazine Prison.

Prisons Spokesman Chandana Ekanayake said when the Chief Jailor and another prison guard of the prison were approaching the cell where Rishad Bathiudeen was being held, noticed that Bathiudeen was talking on the phone.

The former minister threw the phone out of the cell window as he saw the jailors had noticed him using the phone.

However, the prison’s officers had seized the mobile phone and handed it over to the Prisons Intelligence Unit for further investigations.

The Prisons Media Spokesman added action will be taken against MP Bathiudeen on the charge of possessing a mobile phone within prison.