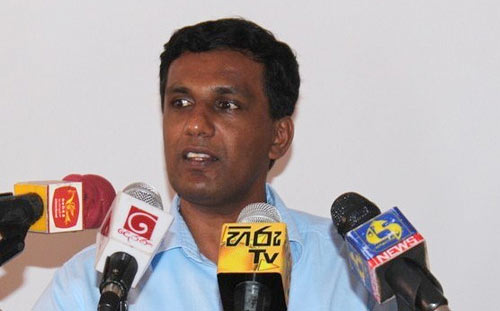 Annexure three of the report of the Presidential Commission of Inquiry on Treasury Bonds has neither been given to the MPs nor released to the public via the Presidential secretariat website, Campaign for Free and fair Elections (CaFFE) said writing to Speaker Karu Jayasuriya yesterday.

“According to our knowledge the Presidential Commission of Inquiry on Treasury Bonds handed over its report to President Maithripala Sirisena. The President has released the main report and annexures I, II, IV and V. However, I believe that you did not receive one of the most important annexures, no III, which contains marked documents and evidence notes,”

CaFFE Executive Director of Rajith Keerthi Tennakoon notes in his letter that volume III contains the most important documents, for example in the main report there are observations based on a document titled C 350, which is not available in the released documents.

“I think it’s imperative that MPs and general public read all the documents to get a real and in-depth understanding of the bond scam. Thus I kindly request you to ensure that the volume (s) containing marked documents and evidence notes are given to the MPs. While it was commendable to release most of the documents, preventing some of the most vital documents from being seen by the MPs and the public will lead to a distorted view of what had transpired.”