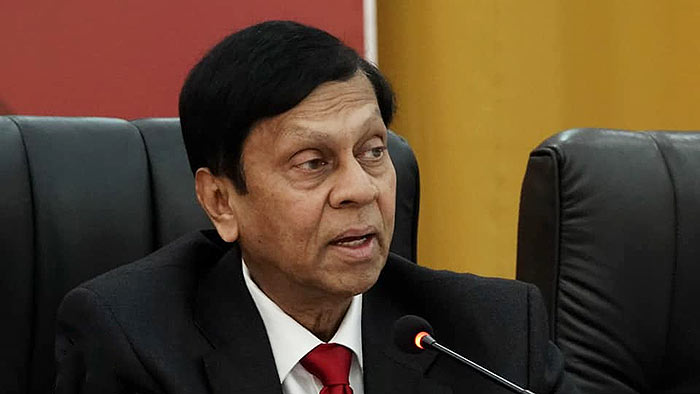 Central Bank Governor Ajith Nivard Cabraal stressed that there is no conflict between him and Finance Minister Basil Rajapaksa.

The Governor made this comment in response to a question raised by a journalist at a special media briefing held at the Central Bank yesterday.

He said Central Bank officials act independently to advise and recommend to the Government to bring about economic and financial stability in Sri Lanka, and there was no conflict over whether to accept or reject them.

The Governor also stated that he sometimes feels that there is no need to even comment publicly on such situations other than answering questions posed by the media.

The Central Bank of Sri Lanka has recommended to the Government that a set of eight-pronged policies be implemented immediately, including an increase in fuel and electricity tariffs.

Governor Cabraal said the Central Bank’s Monetary Board has submitted to the Government these proposals, including taking immediate action to discourage non-essential imports, and urgent action on renewable energy, with immediate effect to overcome the economic challenges currently facing Sri Lanka.

He called on the government to adopt an eight-pronged approach to overcome the foreign and other challenges facing Sri Lanka today, and expressed confidence that the Sri Lankan economy would be able to stabilize and reap the benefits in the long run, despite the short-term pressure on the government and the people when implementing them.