CHOGM 2013 will be a historic opportunity to showcase Sri Lanka 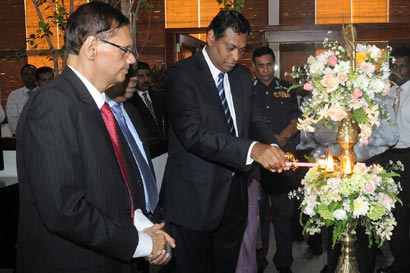 The Commonwealth Heads of Government Meeting (CHOGM) to be held in Sri Lanka in November next year will be a historic moment for Sri Lanka to showcase the remarkable progress achieved by the country to the wider world  in the post-conflict era. The Minister of External Affairs, Prof. G.L Peiris made this comment, while addressing a distinguished gathering, following the ceremonial inauguration of the Taskforce Secretariat for CHOGM 2013, located at the BMICH premises in Colombo today (Monday, 17th September 2012).

Speaking further, the Minister pointed out that Speakers of national Parliaments and other parliamentarians who attended the recently concluded 58th session of the Commonwealth Parliamentary Association in Colombo were able to experience for themselves at firsthand the peace and tranquility in the island, as well as witness the impressive economic transformation that Sri Lanka is undergoing, during their travel throughout the length and breadth of the country. These delegates would be able to effectively counter the false and malicious propaganda against Sri Lanka when they return home.

Minister Prof. Peiris underscored the importance that the Government of President MahindaRajapaksa attaches to the successful organization of CHOGM 2013, and stated that he was extremely pleased that the Ministry of External Affairs had been able to arrange the inauguration of the Taskforce Secretariat for CHOGM 2013 within a short period of time. The Secretariat would serve as the nerve centre for coordinating the entire gamut of activities, including logistics, security and protocol relating not only to the Heads of Government meeting, but also to the Foreign Ministers and Senior Officials meetings preceding it, as well as parallel events such as the Commonwealth Business Forum, Commonwealth Youth Forum and the Commonwealth People’s Forum. 15 Sub-Committees have already been set up to coordinate the various activities that are envisaged.

The External Affairs Minister opened the CHOGM 2013 Taskforce Secretariat by unveiling the plaque at the auspicious time of 9.28 a.m., followed by the invocation of blessings by members of the Buddhist, Hindu, Muslim and Christian clergy. A representative gathering of distinguished public officials, including the Secretary to the Prime Minister, Secretaries of line Ministries involved in the CHOGM, the Chief of Defence Staff and Chairpersons of the Sub-Committees were present on the occasion. A short promotional video film on Sri Lanka was also shown to the audience. 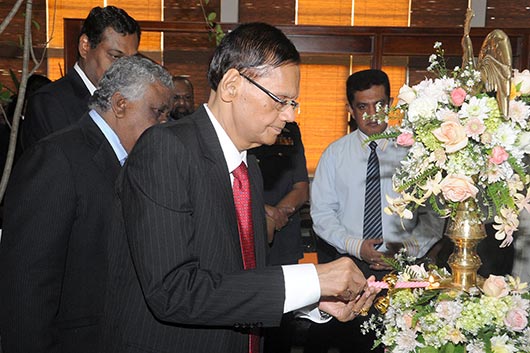 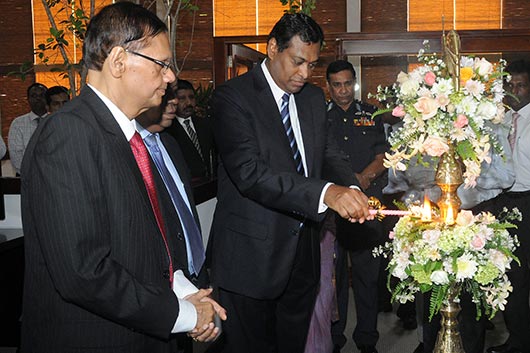