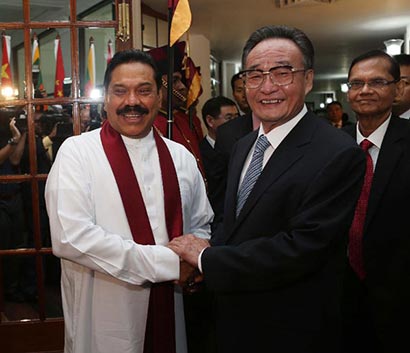 “China-Sri Lanka relations are now at the best period of development in history,” said Wu, chairman of the Standing Committee of China’s National People’s Congress (NPC), who is on a four-day official goodwill visit to the South Asian nation.

Wu extended congratulations to Sri Lanka over its post-war achievements, saying China respects Sri Lanka’s choice of development path in line with its own national conditions, and will support,as always, its efforts to maintain stability, economic growth and improve people’s lives.

China will continue to provide aid within its capacity for Sri Lanka’s development, Wu said.

On the economic front, Wu said China and Sri Lanka have in recent years witnessed sustained growth in bilateral trade volume, and have made smooth progress on such infrastructure projects as the second phase of the Hambantota port, a container terminal in Sri Lanka port and a coal-fired power plant in Puttalam.

As they continue to push ahead major cooperative projects, China and Sri Lanka should sum up their experience and tap potentials for new areas of cooperation, said Wu.

Rajapakse, for his part, said Sri Lanka now has great demand for infrastructure construction and personnel training as the country is striving for rapid growth, and it welcomes more Chinese firms to invest and participate in the construction of railway, port and power station.

During their meeting, Wu and Rajapakse also exchanged views on international and regional issues.

China is always committed to developing friendly relations with its neighboring countries, and will work with the Asia-Pacific nations including Sri Lanka to strengthen regional or sub-regional cooperation so as to achieve common development, said Wu.

Rajapakse expressed appreciation for the important role China has played on regional and international affairs, saying Sri Lanka will enhance communication and coordination with China within the multilateral mechanisms, including the United Nations, the ASEAN regional forum and the Shanghai Cooperation Organization.

Wu and Rajapakse also witnessed the signing of 16 cooperative agreements between the governments and enterprises of the two countries. 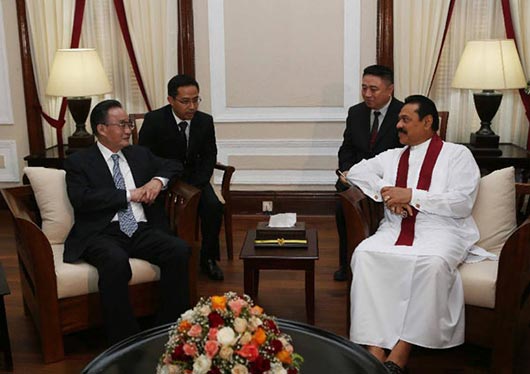 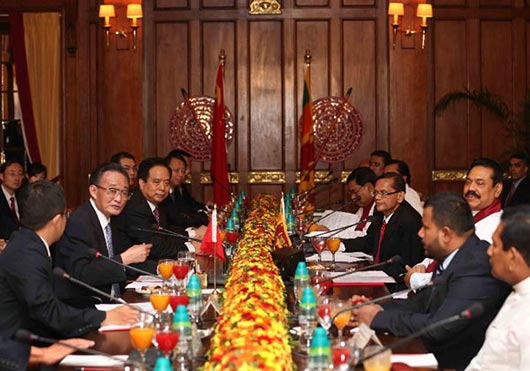 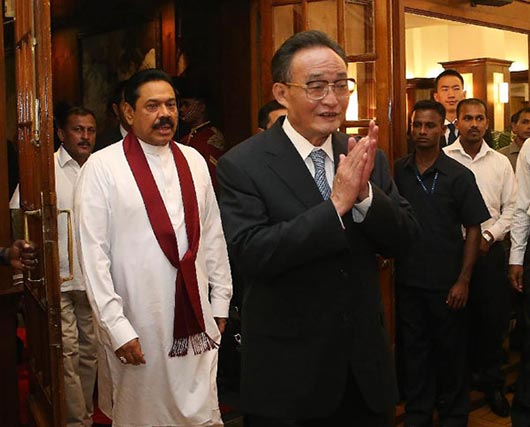