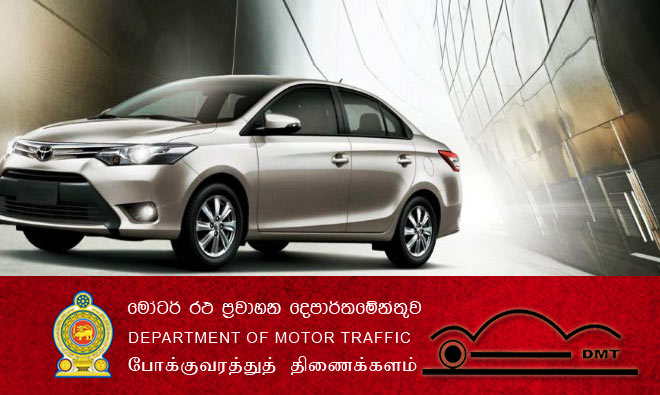 The Criminal Investigations Department (CID) has launched an investigation into the forged registration of 700 vehicles through the computer system of the Department of Motor Traffic, State Minister of Transport Dilum Amunugama revealed yesterday.

State Minister Dilum Amunugama also said that the Department has already provided information on those vehicles to the CID.

Amunugama made this disclosure at a media briefing held at the Kandy District Secretariat.

The State Minister also said that it was a question of whether these documents could be termed as forged documents and that the relevant frauds had been committed by misusing the vehicle registration process of the department.

Amunugama further said that the officers who had registered the vehicles could be identified by entering the data into the computer and the CID had been provided with the information and numbers of 700 such vehicles that had been forged.

He also said that after a fake vehicle is registered,

the owner sells the vehicle to another party and once the vehicle is transferred to his name through the Department of Motor Traffic, no one thinks it is a fake vehicle.

The State Minister explained that the majority of these vehicles were not in the possession of the original owner and therefore they would be the first to be caught in the investigation and that they would not be allowed to be punished for an offense they did not commit.

Amunugama also said that according to the Motor Vehicles Act, the commissioner has the power to take legal action against those who are found guilty in the investigation and that there is no need to punish those who fall into the trap except those who have forged documents and those directly involved in them.

State Minister Amunugama also said that although they were unaware that they were part of the scam, their statements would be sought for further investigation and that it was their responsibility to provide the necessary assistance.