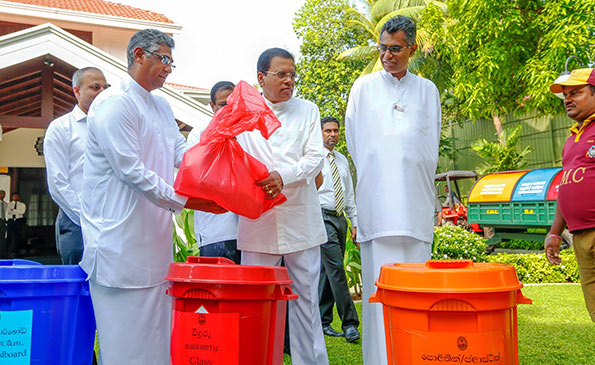 The inauguration of the classified garbage collection programme was held under the patronage of President Maithripala Sirisena at the President’s Official Residence, today (Nov.01).

Marking the launch of this island-wide programme, the President handed over the properly classified garbage bins as degradable and non-degradable to the City Council.

The President expressed the hope that this programme will pave the way to create a clean City and a clean country. He said that the contribution of all the citizens in the country needed to achieve success in all the waste management programmes carried out by the Government.

The programme implemented according to a concept of the Ministry of Provincial Council and Local Government as well as the Ministry of Megapolis and Western Development.