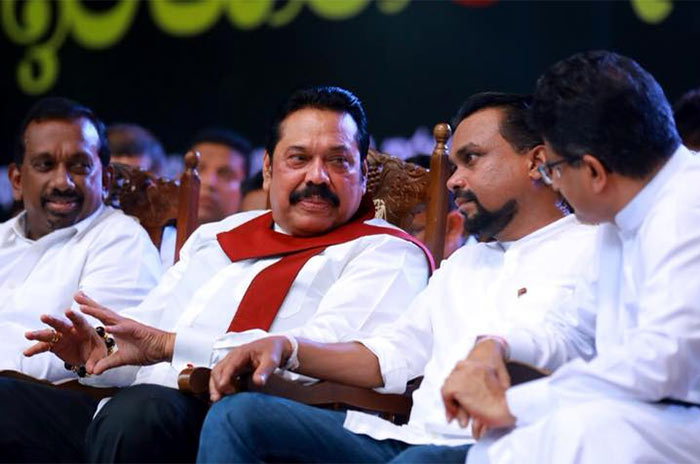 Opposition Leader Mahinda Rajapaksa yesterday said that what Sri Lanka needed in the future is a brave leadership that loved its people.

Addressing an event held at the Vihara Mahadevi Park in Colombo to mark the second-month anniversary of the Easter Sunday attack, Mr. Rajapaksa said the incumbent leaders had shied away from taking the responsibility of the attacks.

“Not a single statement was made from the government assuring that such terror attacks would not repeat. If there’s anyone with an iota of knowledge of terrorism in this government, it is Sarath Fonseka, the former army commander. He says this threat cannot be eradicated easily and will get worse if things continue the way it is,” he said.

He said because of the terrorist activities of a handful of people, the entire Muslim community suffered today.

“They are being looked at suspiciously. I believe the Muslim community is the most affected by this. They have a responsibility, Muslim leaders and religious leaders, to go for the rehabilitation of people with extremist ideologies. Only they can end this. The government has already given up,” he said.

Meanwhile, he said they were ready to face any election and added a government of theirs would give the priority to ensure the safety of all Sri Lankans.